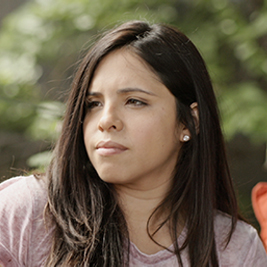 Client: The Policy and Research Group (Funded by HHS Office of Population Affairs)

Existing evidence-based interventions are typically time and resource-intensive, and none are tailored for older adolescents.

We developed Plan A, a 23-minute, entertainment-education video to reduce unplanned pregnancy and HIV/STIs.

Through close collaboration with young women, we developed an intervention that is both engaging and effective.

African-American and Latinx adolescents ages 18-19 have disproportionately high rates of unintended pregnancies and sexually transmitted infections (STIs). While several evidence-based teen pregnancy prevention interventions exist, many are intensive both in terms of staff training and implementation time needed for youth participants. For example, roughly one quarter of existing programs are delivered over a period of 1 year or more, and another quarter are implemented over several weeks to several months.

Plan A is one of the most brief and easy to implement evidence-based reproductive health interventions.

Through a contract from The Policy and Research Group (funded by HHS Office of Population Affairs Tier 2B), we developed an innovative intervention that aims to reduce unplanned pregnancies and STIs among 18-19-year-old African-American and Latinx women, and which is cost-effective and easy to implement.

Plan A is a 23-minute, trauma-informed entertainment-education video intervention. We developed Plan A using a collaborative and iterative process, a strong theoretical framework, and ongoing input from the priority population and other stakeholders. Plan A and its development process were modeled on Safe in the City, an evidence-based, entertainment-education program found to reduce incident STIs by almost 10% in a controlled trial.

Plan A can be implemented in various ways: in clinic waiting rooms or exam rooms; by emailing or texting a video link to clients to watch before their visit, or used in educational outreach.

To produce Plan A, Sentient Research assembled a team of adolescent health experts, reproductive health clinic staff, and a scriptwriter from the hit TV show East Los High. The target audience was closely engaged throughout the process, beginning with focus groups in Philadelphia and Fresno, and then by forming a review panel of target audience members who provided ongoing feedback throughout the script writing and production process.

Plan A does not require any staff training. It’s very simple to implement, and is low-burden on staff and participants as it is only 23 minutes long. It was designed to be implemented in a variety of ways to fit the needs of a range of organizations. For instance, it can be shown in a clinic waiting room or exam room on a television or tablet computer, through a link emailed or texted to clients before their visit, or used in educational outreach.

Three studies found Plan A is effective at improving a range of reproductive health outcomes, and it is highly acceptable and engaging to a broad range of young women.

Results of a 5-year, randomized controlled trial, independently conducted by The Policy and Research Group, found strong, sustained, statistically significantly outcomes among young women who watched Plan A compared to a control group who watched a video about smoking tobacco.

Two independent studies of Plan A found very high levels of program acceptability among a wide range of young women. A sub-study with 10% of the RCT participants by The Policy and Research Group found that the large majority of Plan A viewers had strong video engagement, understood the video’s messaging, were interested in additional episodes, and found Plan A to be of high quality and emotionally relevant. An online study conducted by the University of Southern California found high intervention acceptability among African-American, Latinx, and White young women aged 16-19. This study found that Plan A is appealing, engaging, and relevant to a broad audience of young women.

Plan A is now available for clinics and other organizations. The cost is $500 per site; however, there is a sliding scale depending on the number of sites and financial need. Visit www.myplana.org for more information.